The game Star Citizen is one of my favorite games, but it has 1 problem. You need all the buttons on your keyboard x3. So I decided to make a button box that can be used with this game.

Concept
I made a design in Photoshop of all the buttons and their places after listing all the actions of the game I want a button from.
After this I made the design of the housing in Sketchup. I then had the front CNC cut and printed with the decals for all buttons.
I ordered all the buttons via Aliexpress together with the Mach3 USB Hid interface to connect the buttons to the computer. This board registers itself simply as 2 joysticks with 32 buttons each, 8 analog inputs.
Community
I have also shared this project with the Star Citizen community and it has been very well received here. For example, I received a spotlight from the Star Citizen developers and I have already received several questions about whether this product will be in production.
I have this project here documented.
I'm in this video mentioned by the developers of Star Citizen. 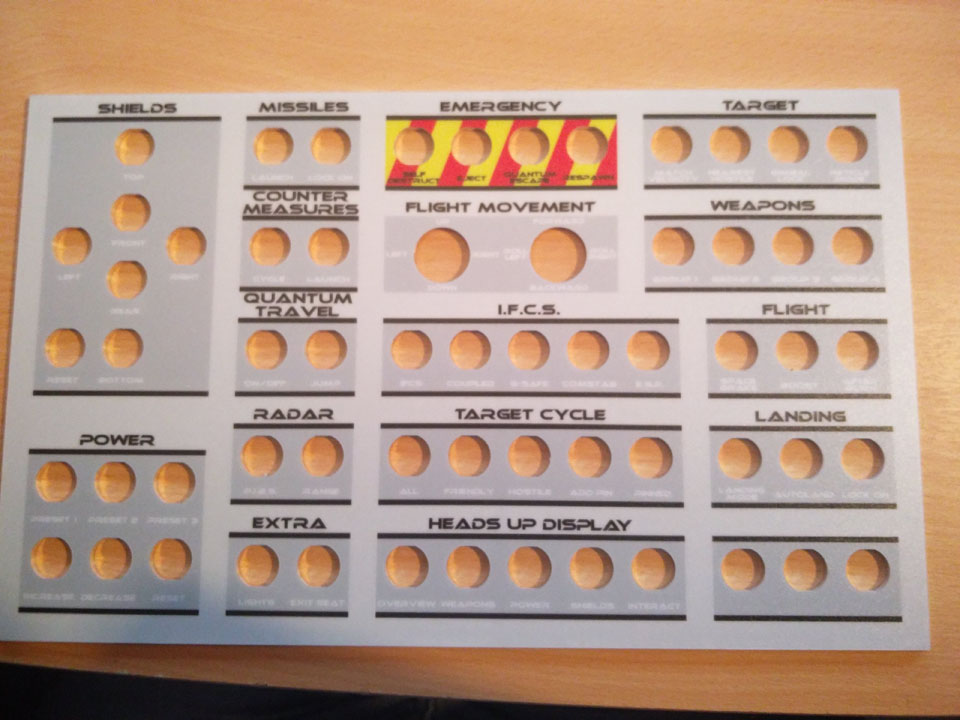 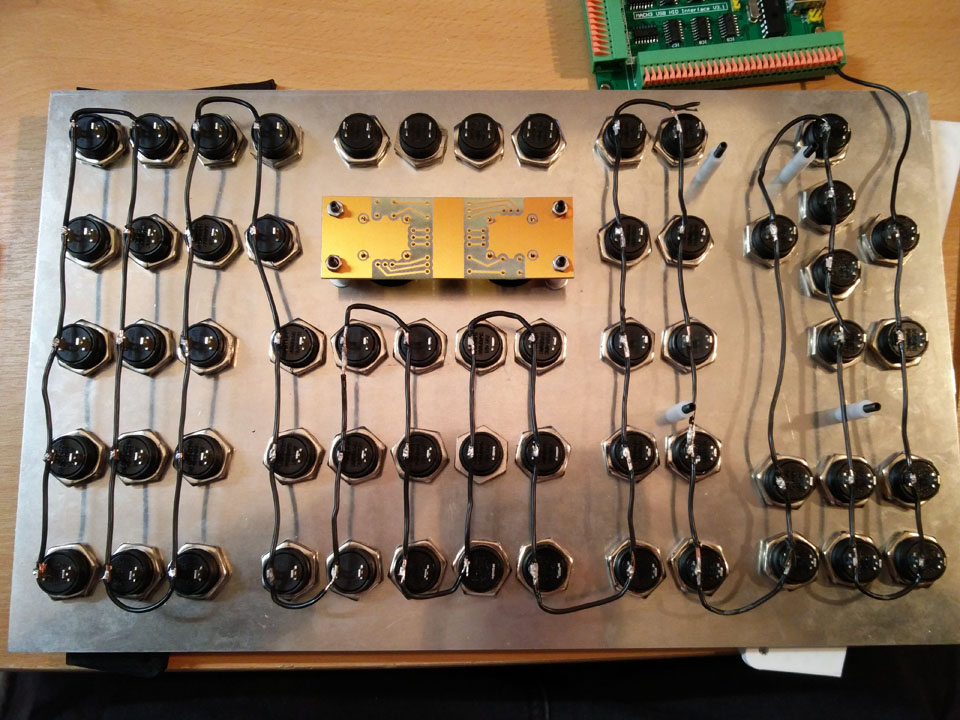 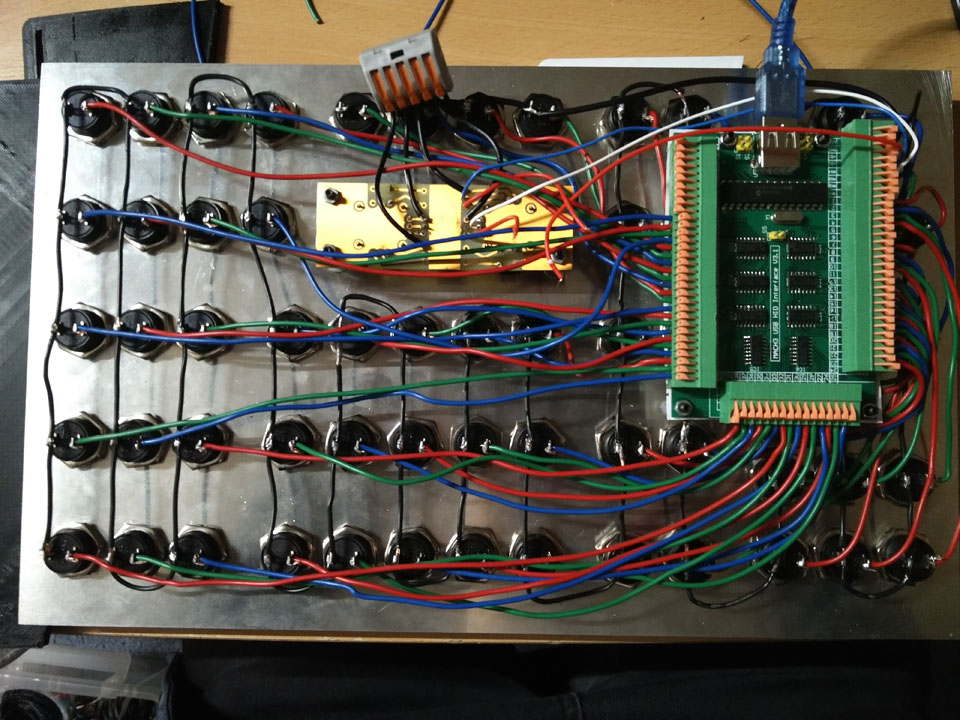 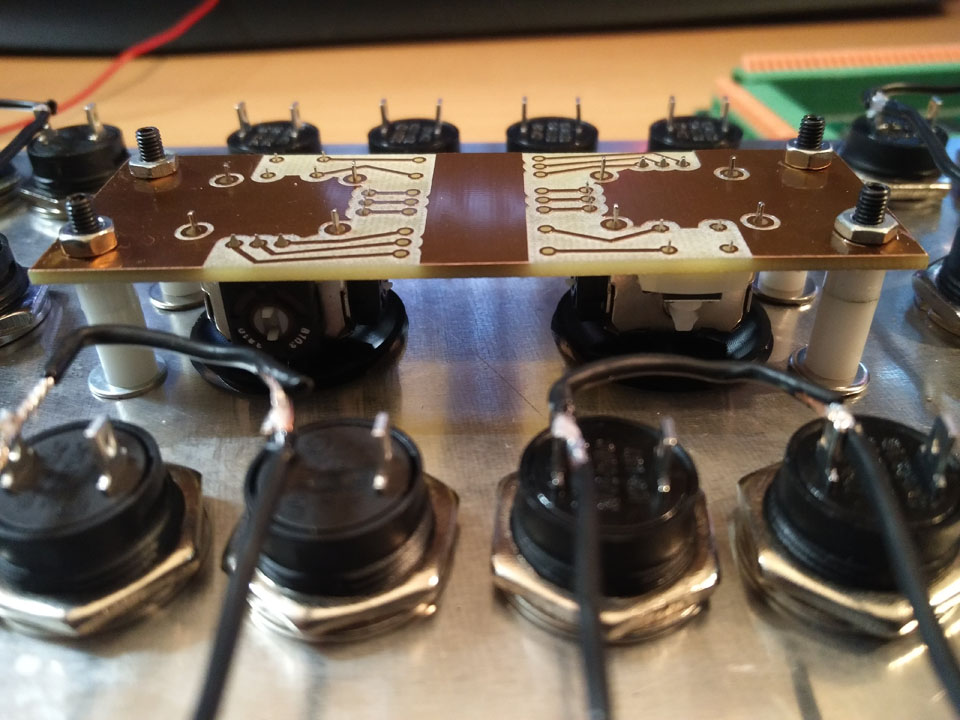 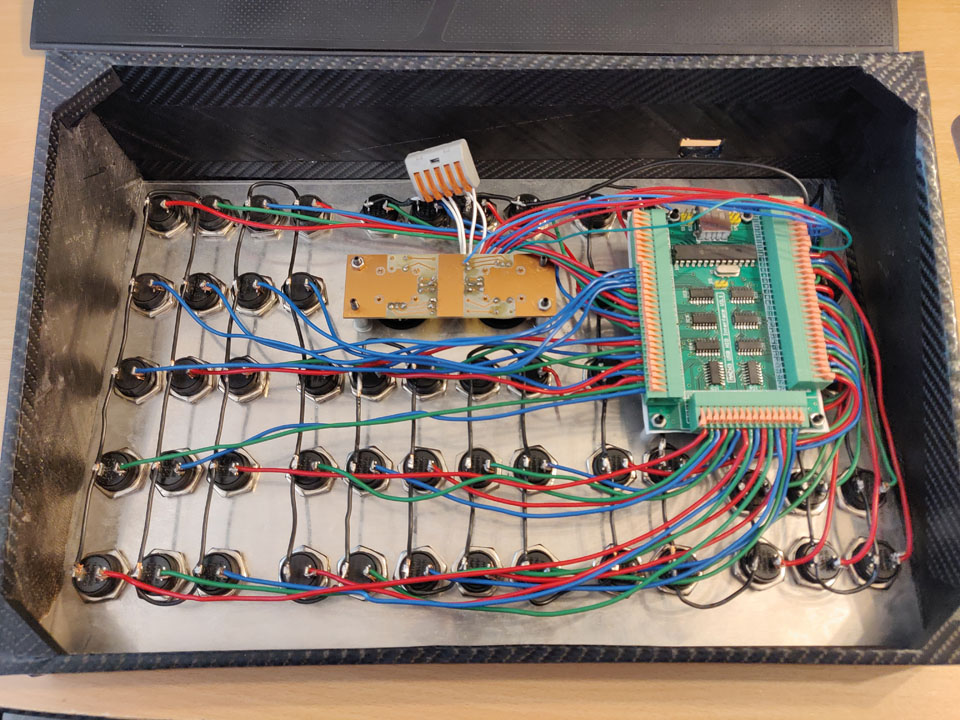 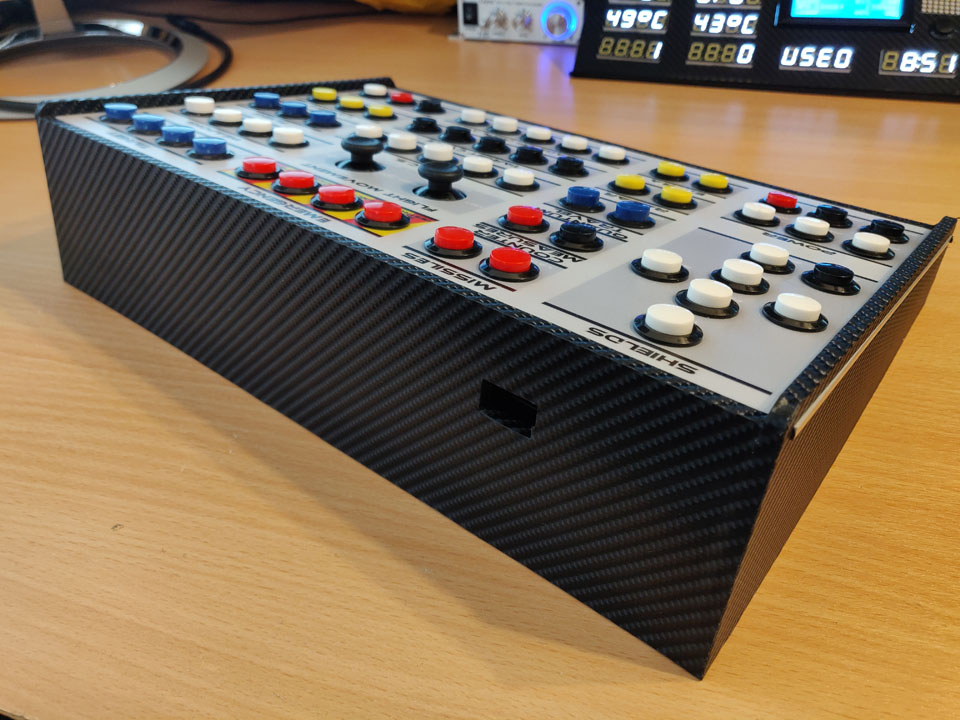 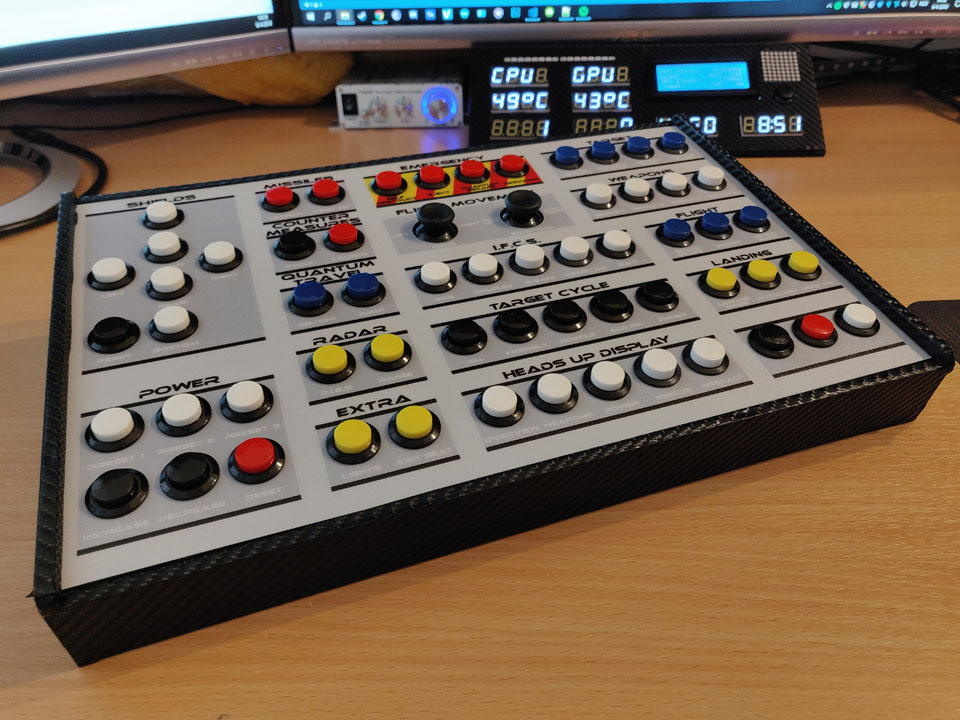