During my internship at Q42 I was able to participate in W00tcamp. This is a 2 day event where you create something cool in a team. I did a project in the Simone Gierts arena. The aim was to make a robot that is as useless as possible.

Concept
We had invented a robot that would test whether something is made of glass by breaking the object.
A photo is taken with a camera on which object recognition is applied to find out whether it is made of glass. Then a hammer will be lifted which will smash the object. If it breaks, it's probably glass.
My task
On this project I made the housing, programmed the Arduino that will control the hammer and several solenoids that tap against the glass.

With this project, my team won the arena in which we competed! Our robot worked but was completely useless and so perfect! 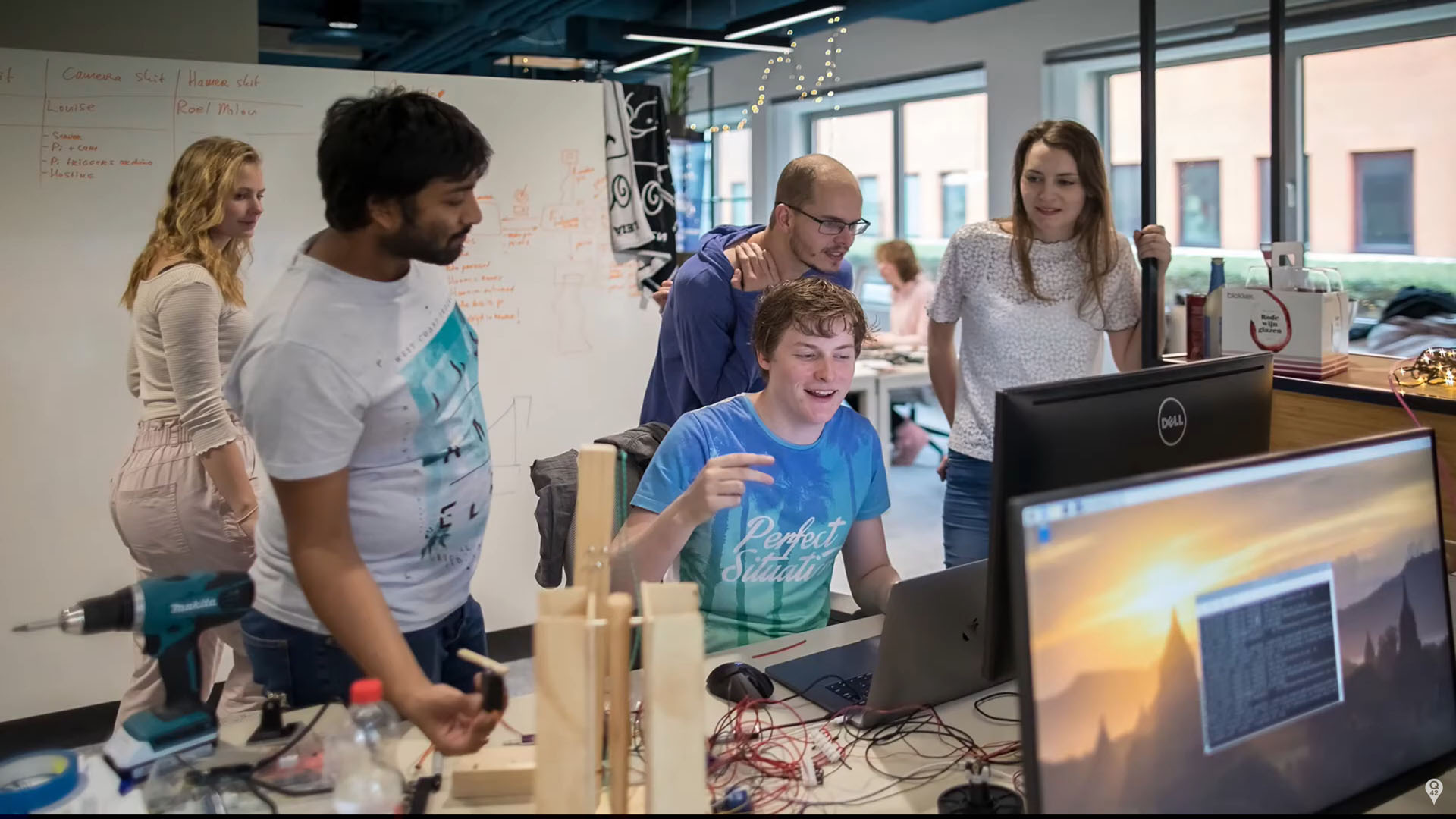 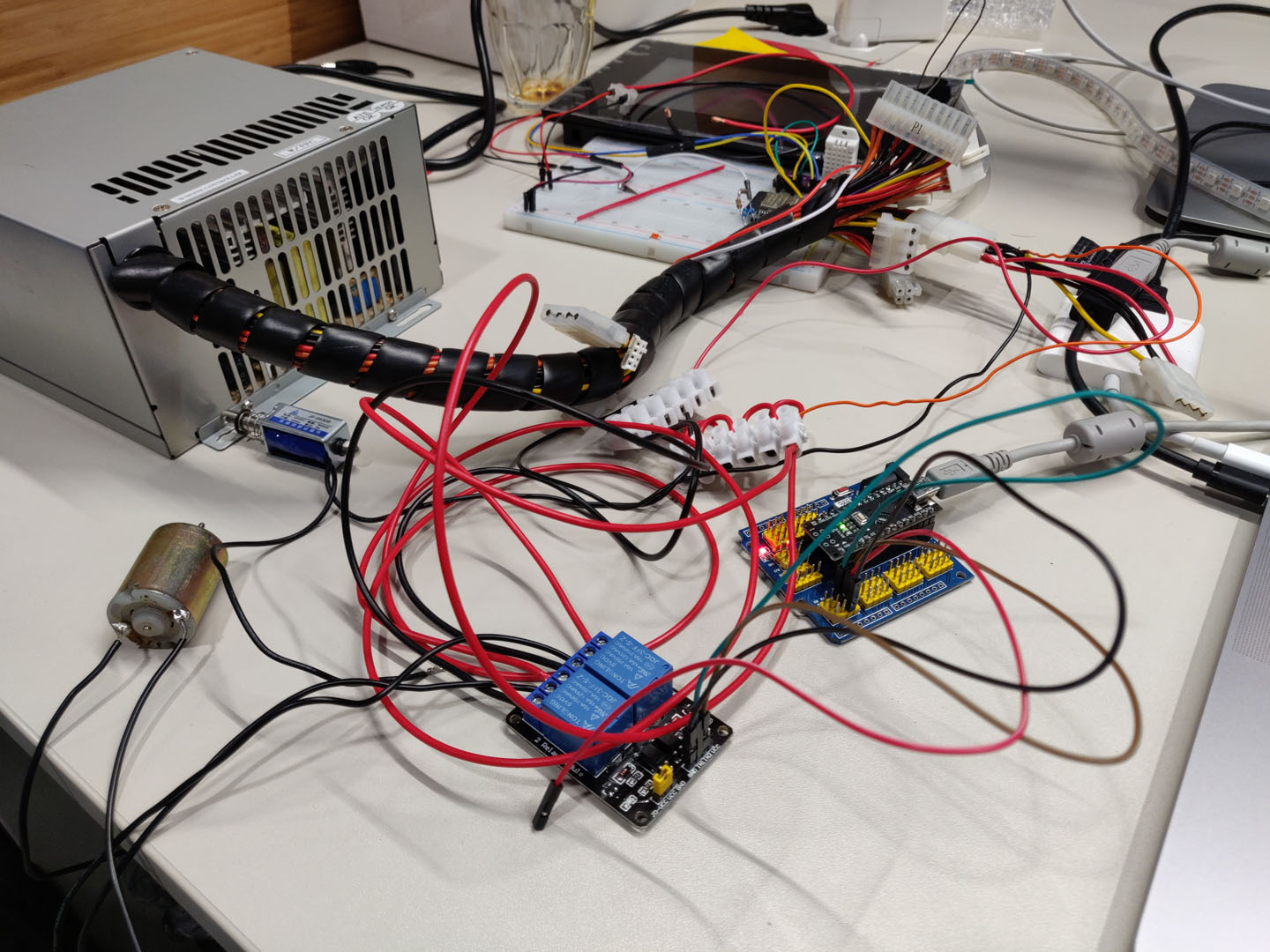 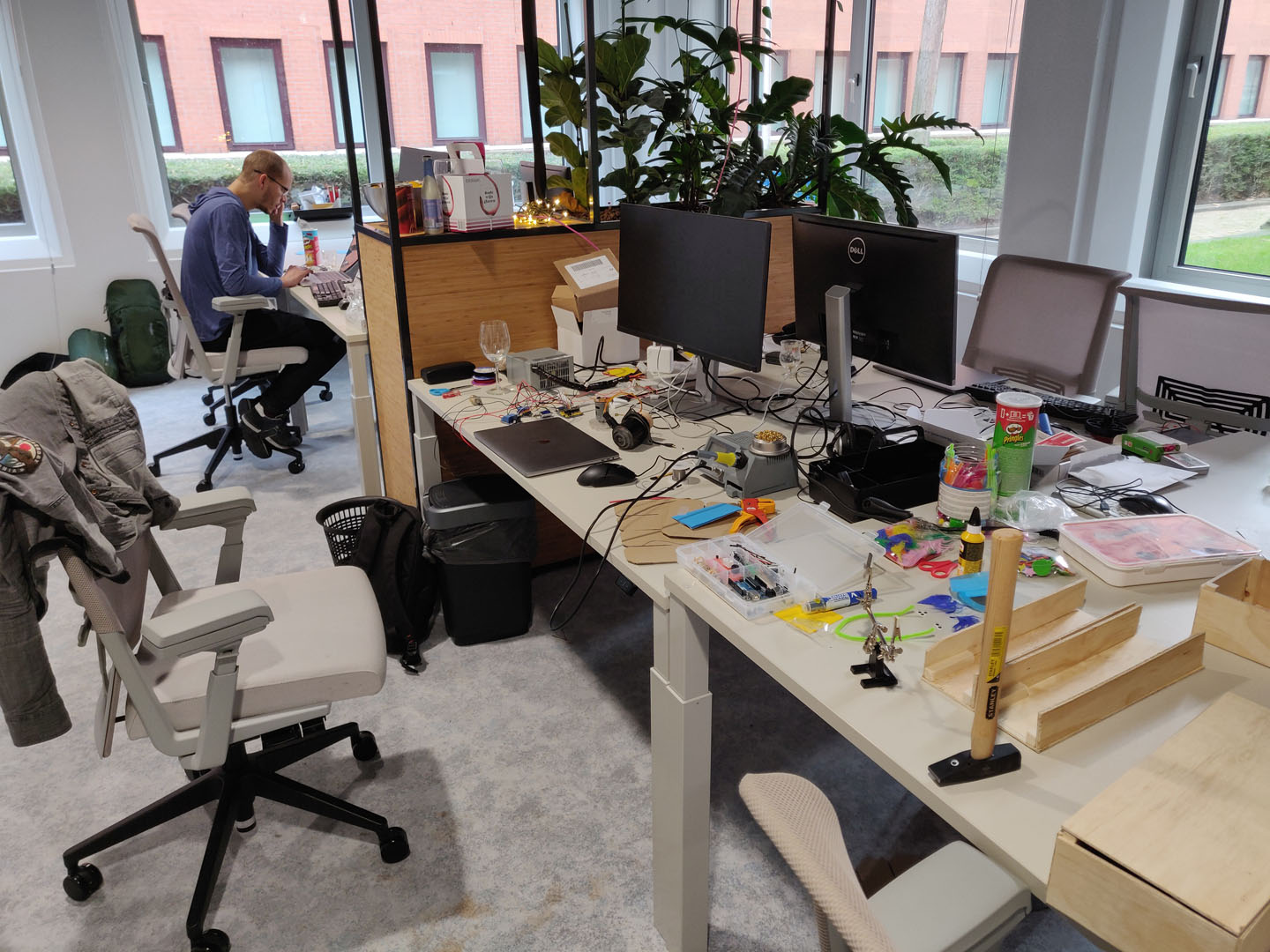