Interactive installation for the Darkpark in Rotterdam

Concept
The concept was that a small train would be built at the location in which children could take a tour and during the ride could have a water fight against rabbit targets that are placed on the park. This concept is applicable to this location because the park used to be a shunting yard for trains and because there is now a rabbit infestation at that location.

My task
I made a model of the park with a scale model of the game. I then programmed the game for an Arduino with internet connection. The Arduino records the scoring and transmits the train's data and location to a web interface where players can track the game and enter their name for the highscore system.

With this project I learned to connect an Arduino to the internet and to send data to a website.
I also learned to update the data on the website with AJAX without having to reload the page.

The code for this project can be found on my GitHub 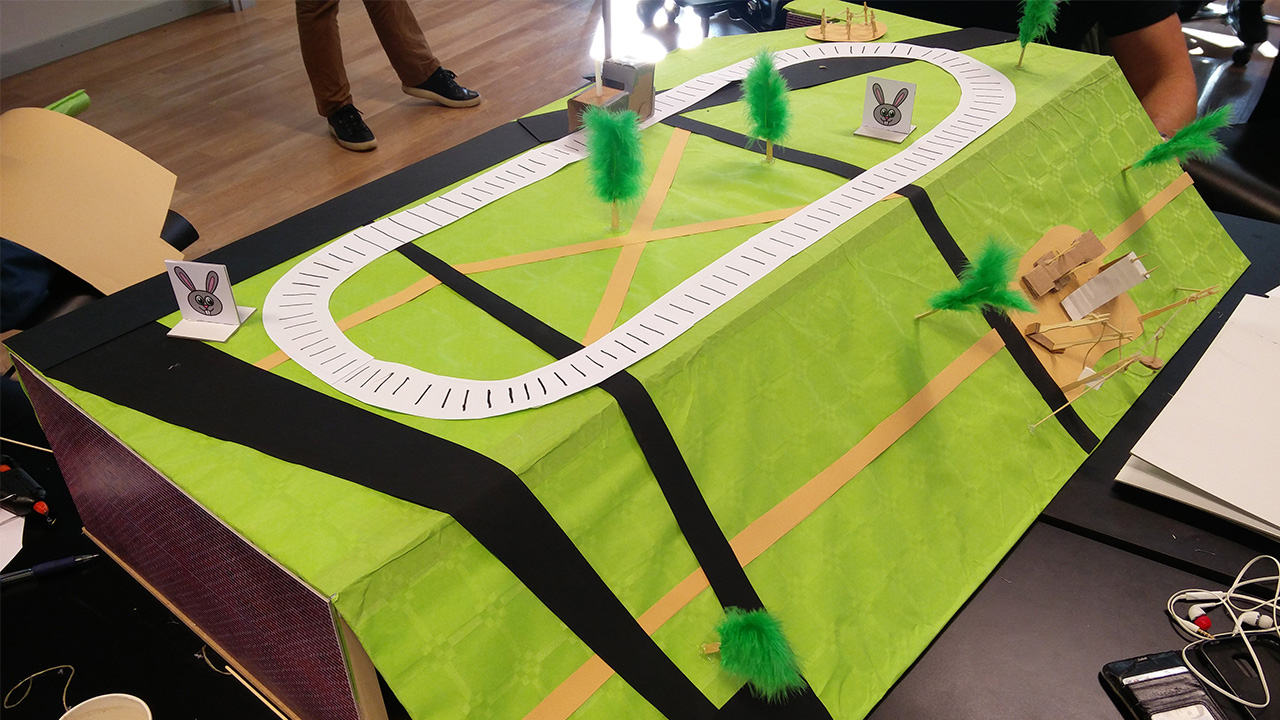 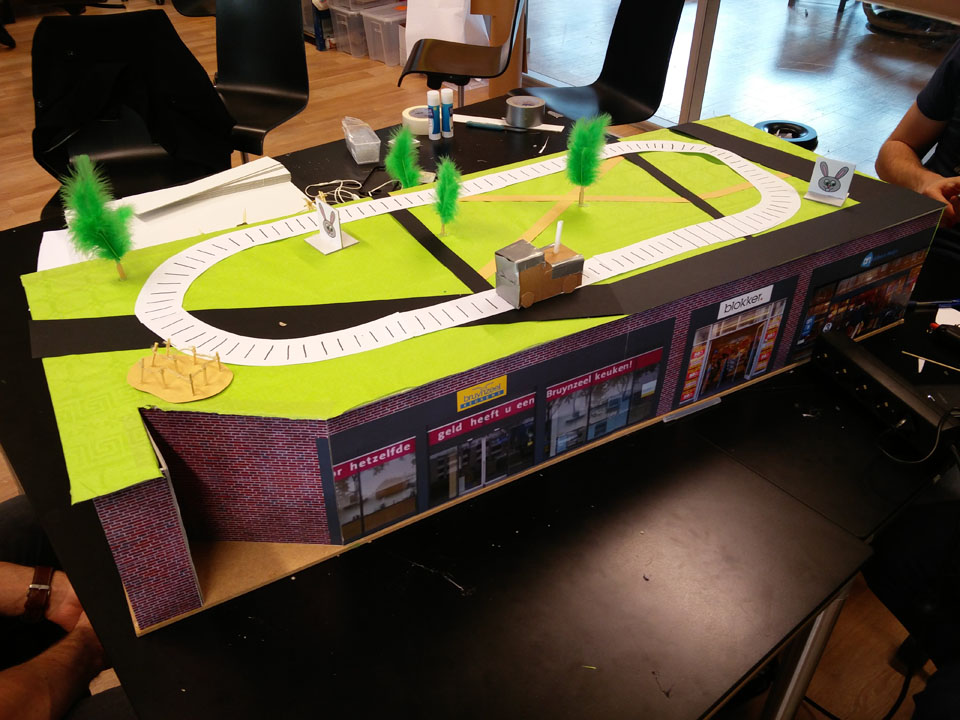 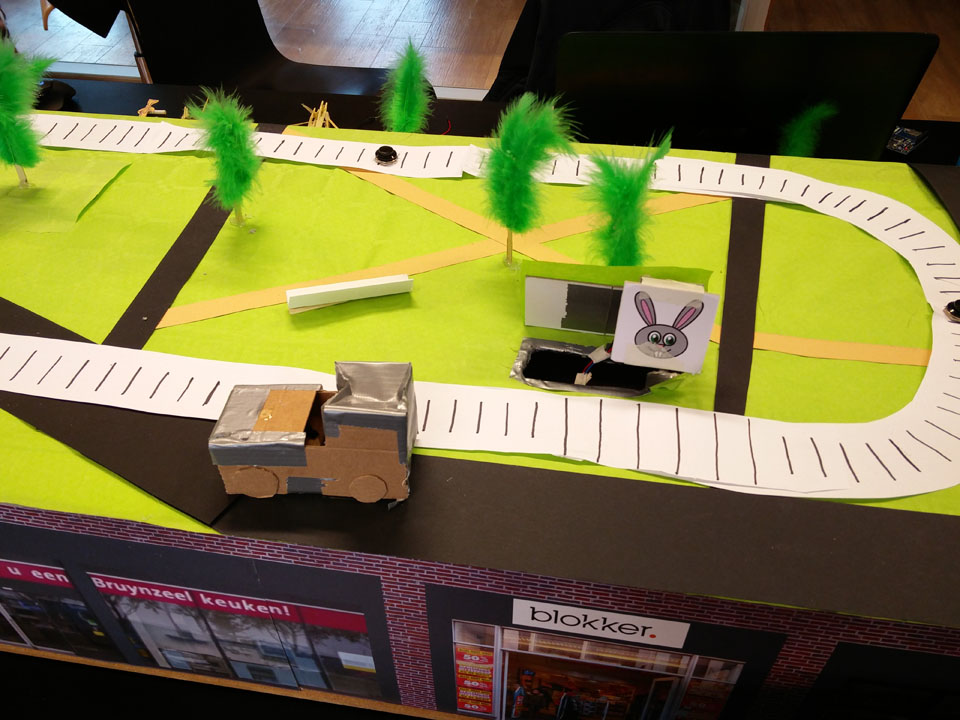 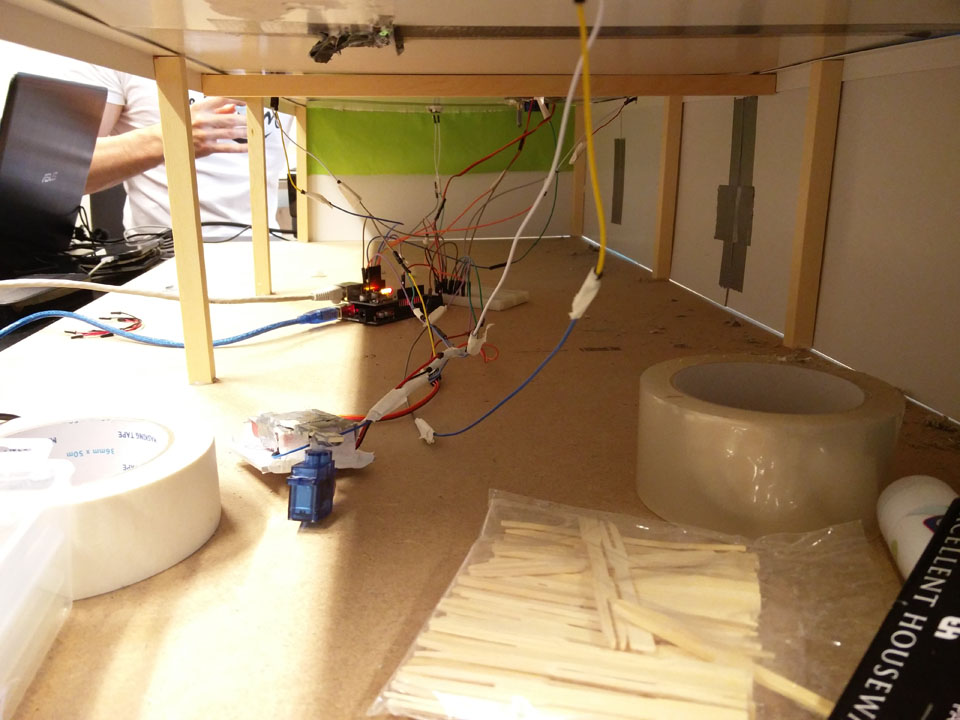 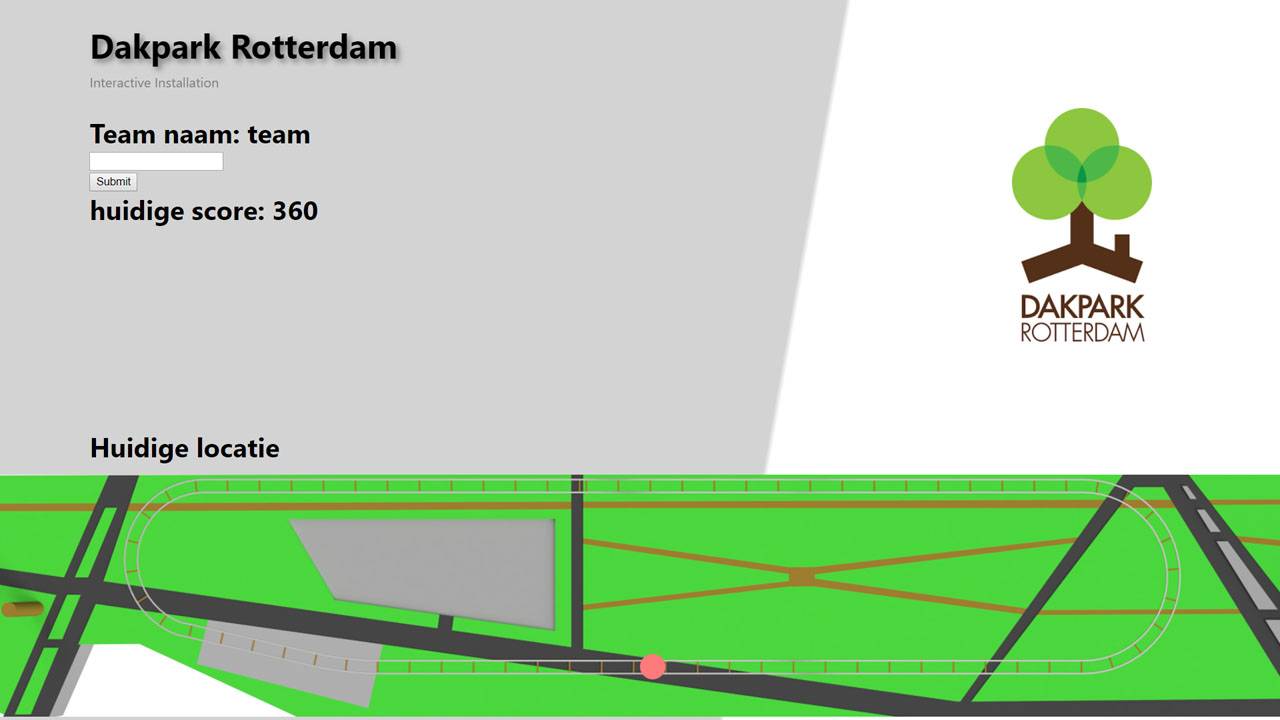 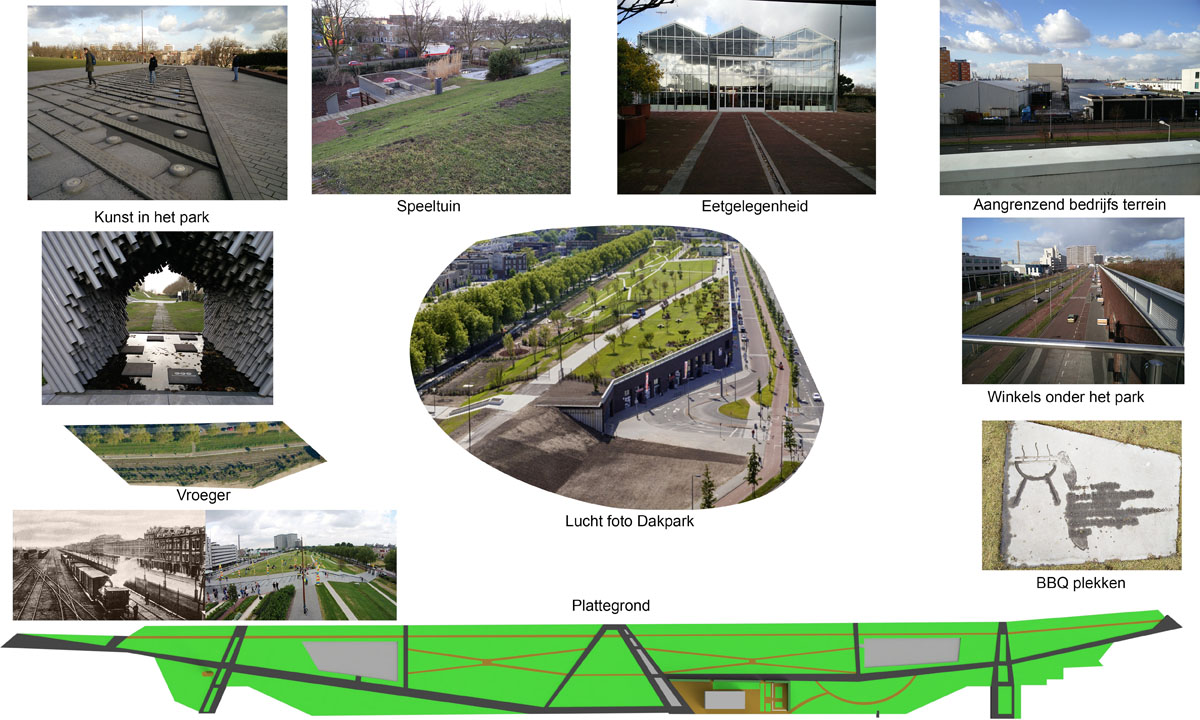