From the Honors program of my study program came the assignment to make a telepresence robot for students who are sick at home for a long time. The client for this project was Creating 010. There was an existing robot that was used within the university for this situation, the AV1 robot, but it was very expensive. I have followed this project for 2 quarters with 2 different teams. The purpose of the telepresence robot was to place the robot in the classroom so that the student who is sick at home can be present in the classroom via the robot.

Concept
I came up with the Deltec robot with my team. This is a fully modular concept for a telepresence robot that is sustainable by making the entire housing from biodegradable PLA material using 3D printers. The robot gets different modules, such as eyes and wheels, that the user can replace to assemble the robot according to his usage scenario and budget. All parts used can also be purchased by the user and replaced by themselves. I came up with this principle to support the "Right to repair" movement.

My task
I made the design of the robot in Autodesk Fusion 360 and also 3D printed the model. I also sorted out all the hardware needed and mounted it into the robot. I also wrote the code that runs on the robot to control all parts.

The robot has a network connection for the built-in two-way audio and video communication and for feedback of actions to the user interface.
The robot can be controlled via the user interface by means of buttons that control all parts.
For example, the user can show different animations on the eyes, make the robot drive or move the camera on the robot.

The code for this project can be found on my GitHub 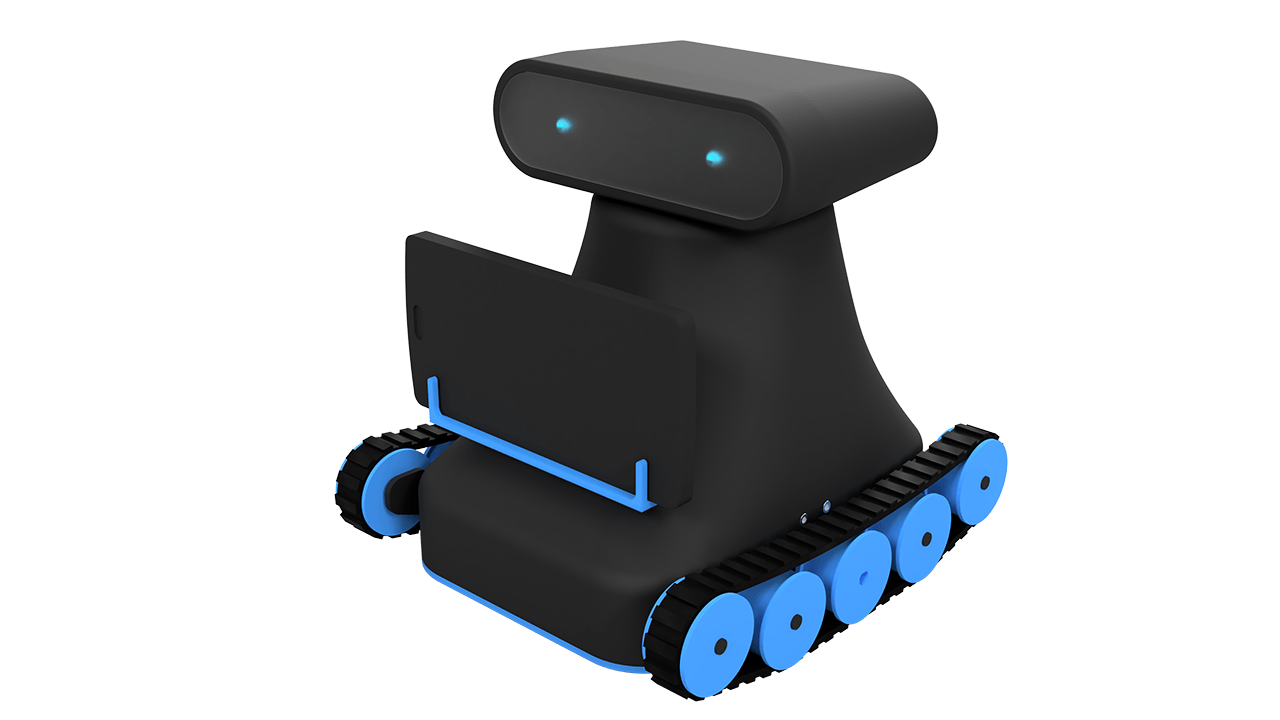 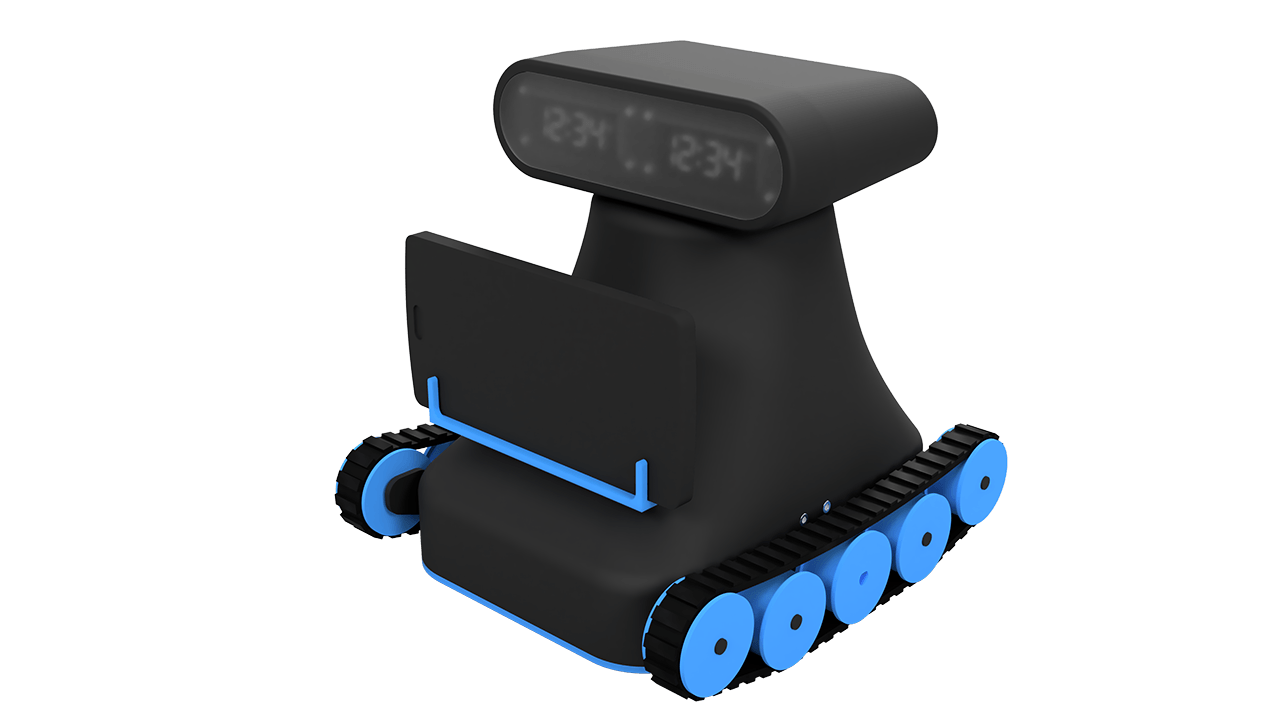 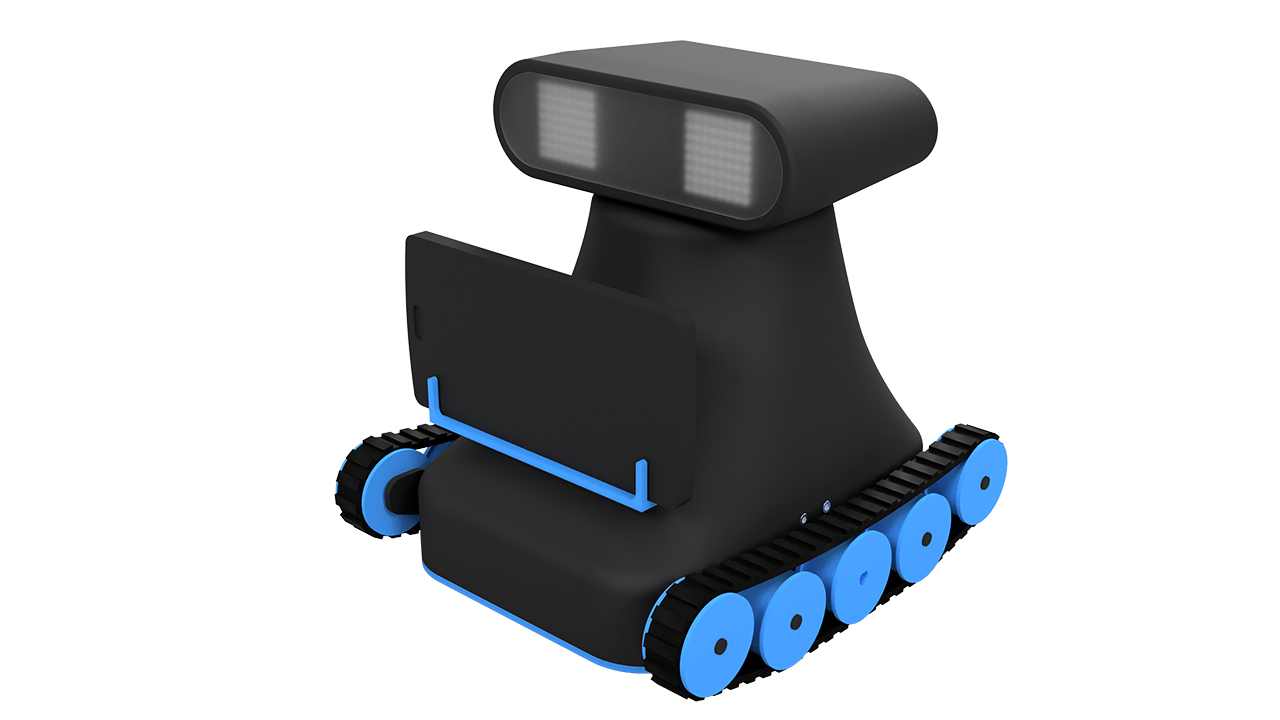 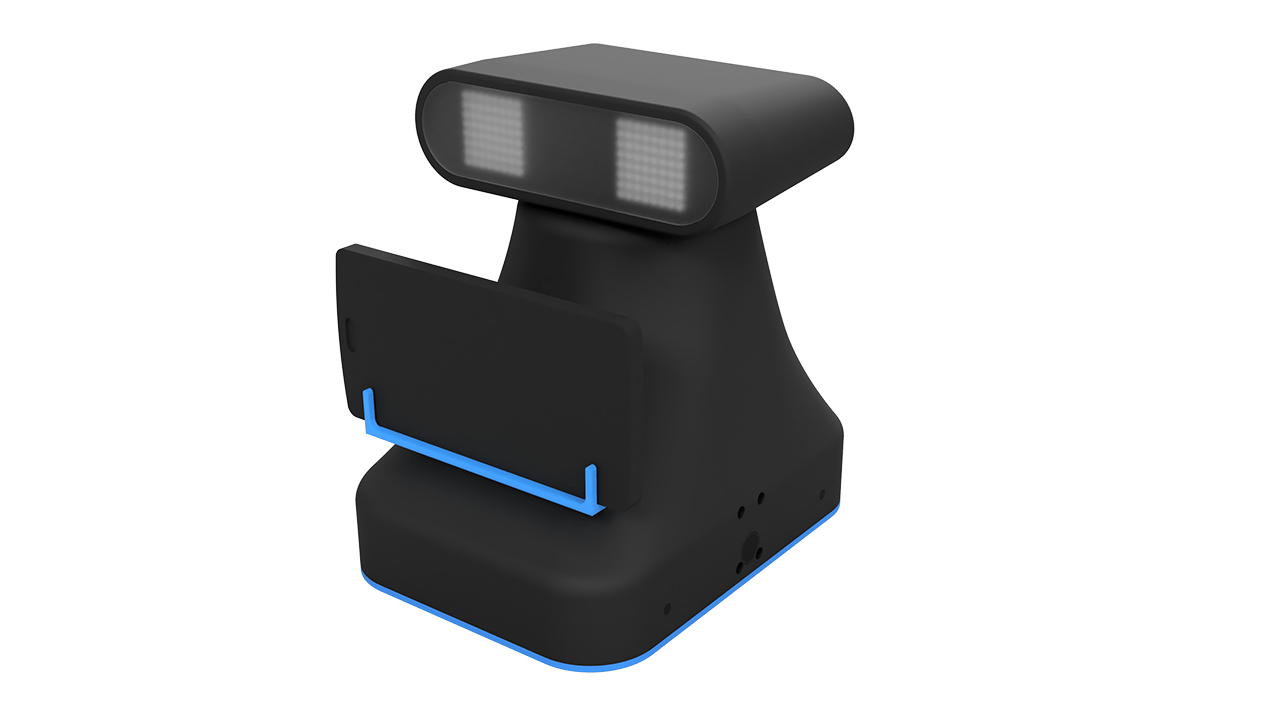 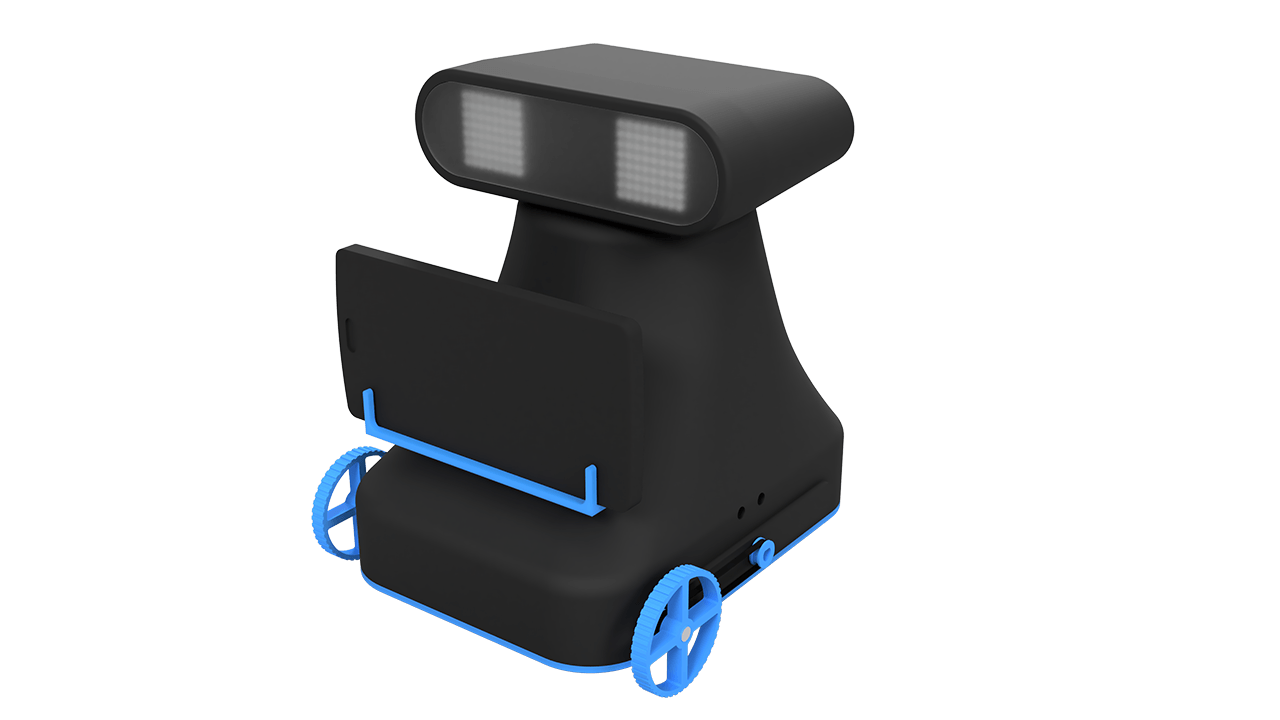 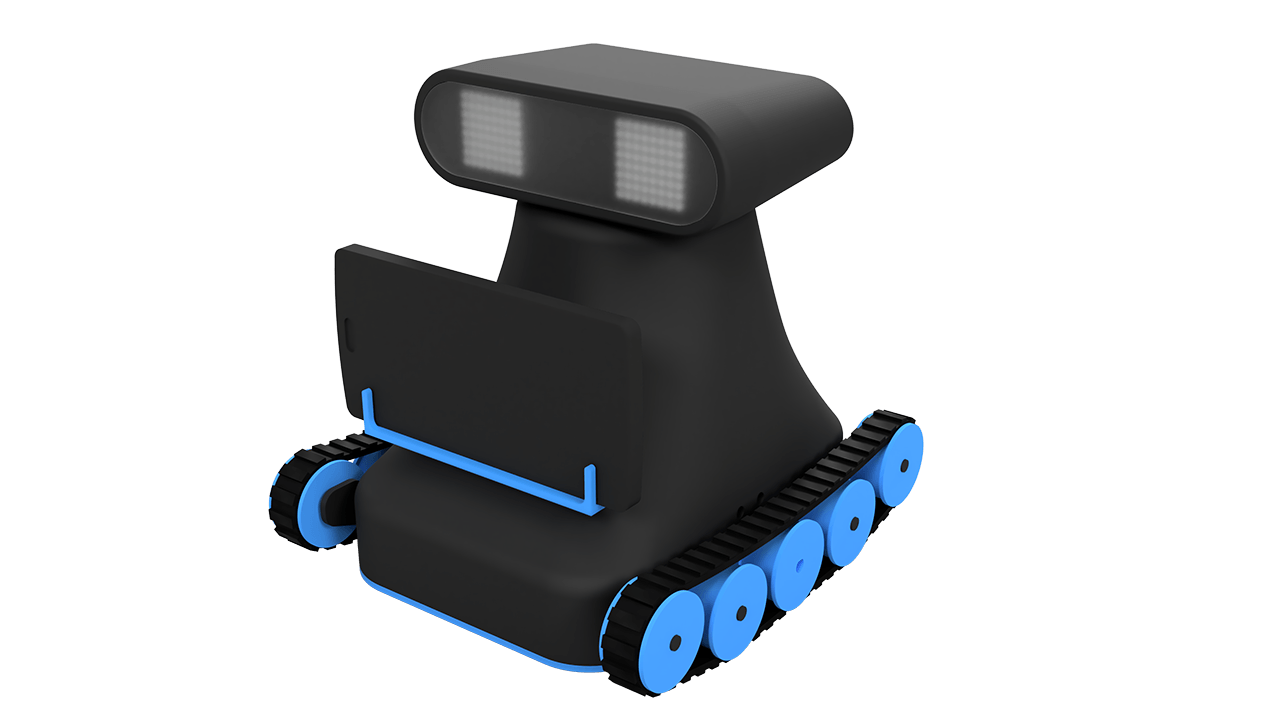 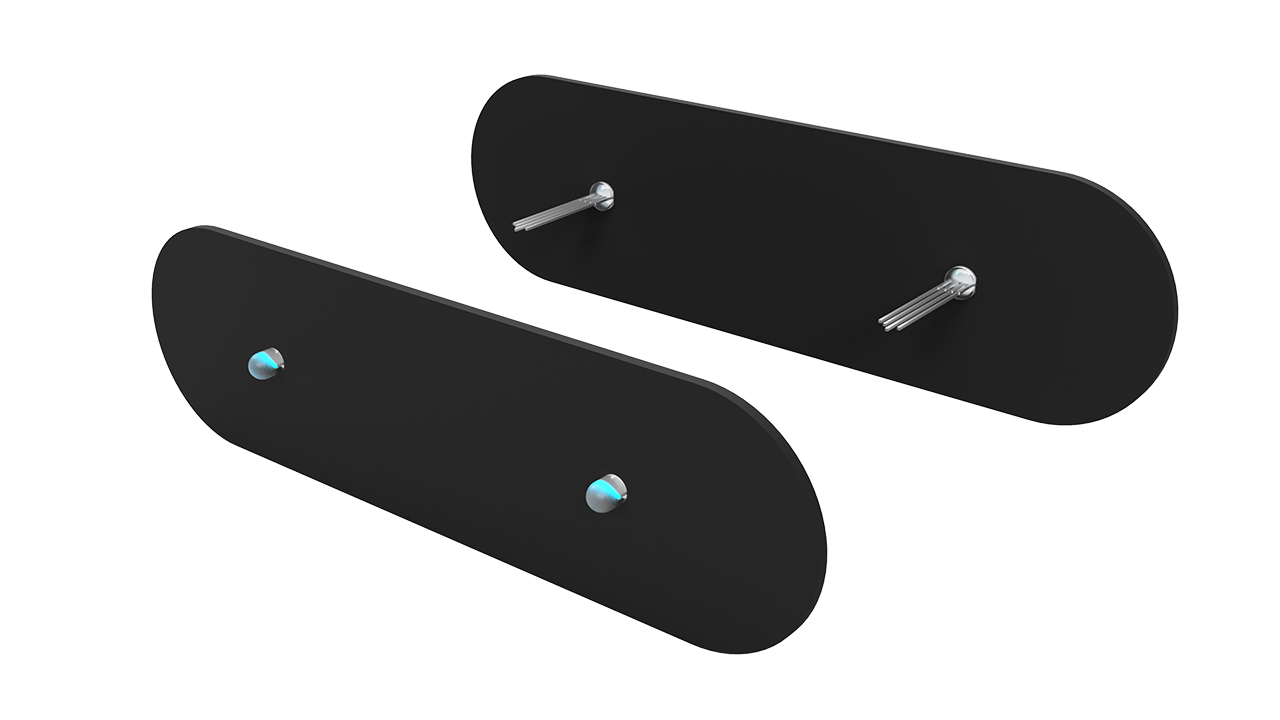 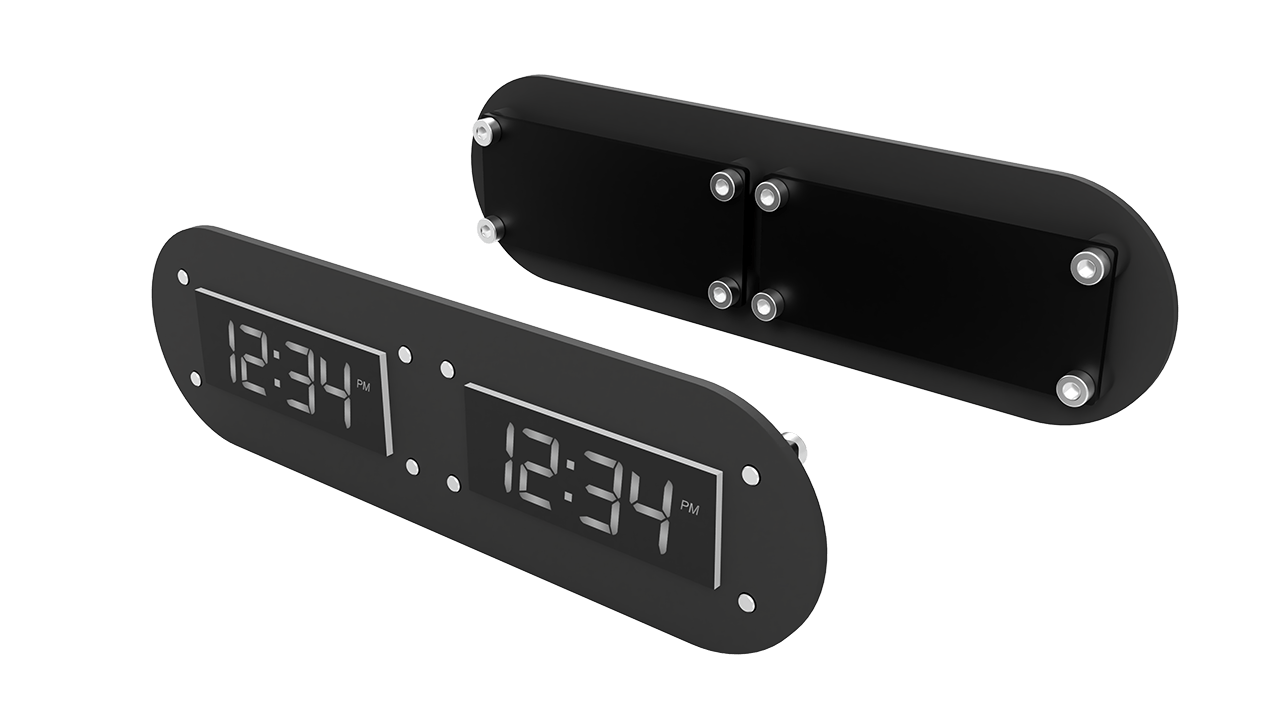 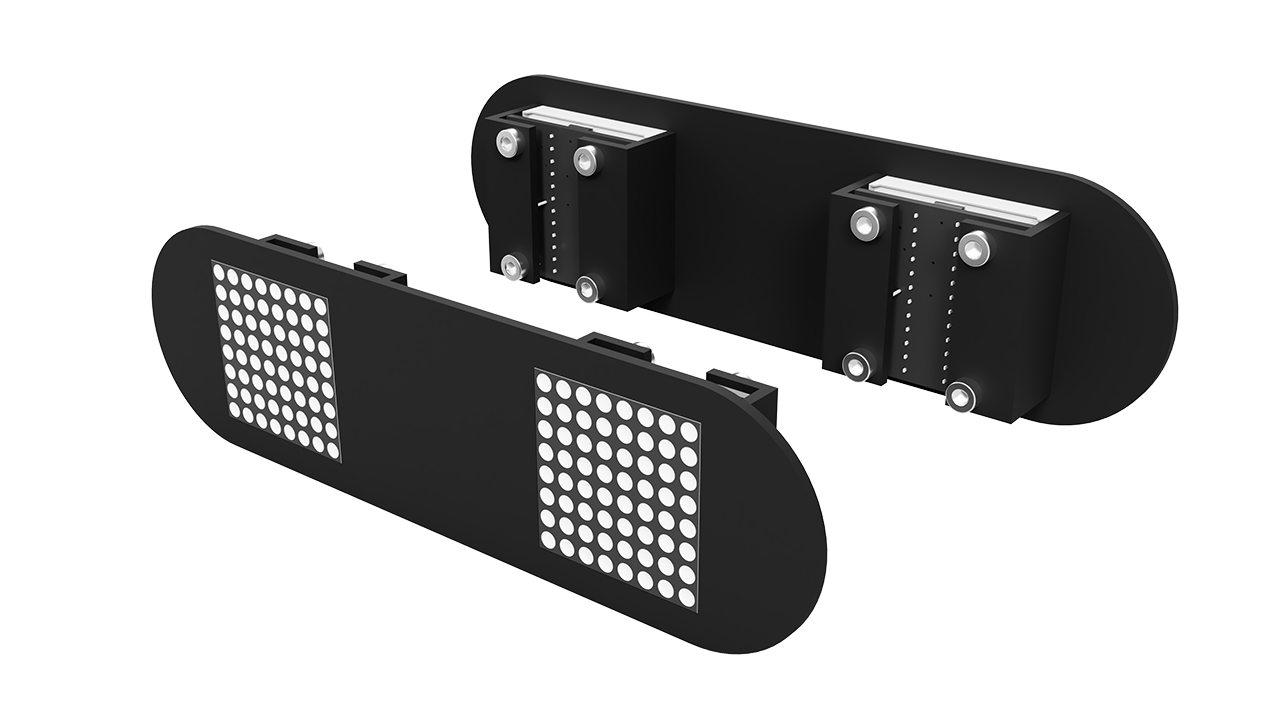 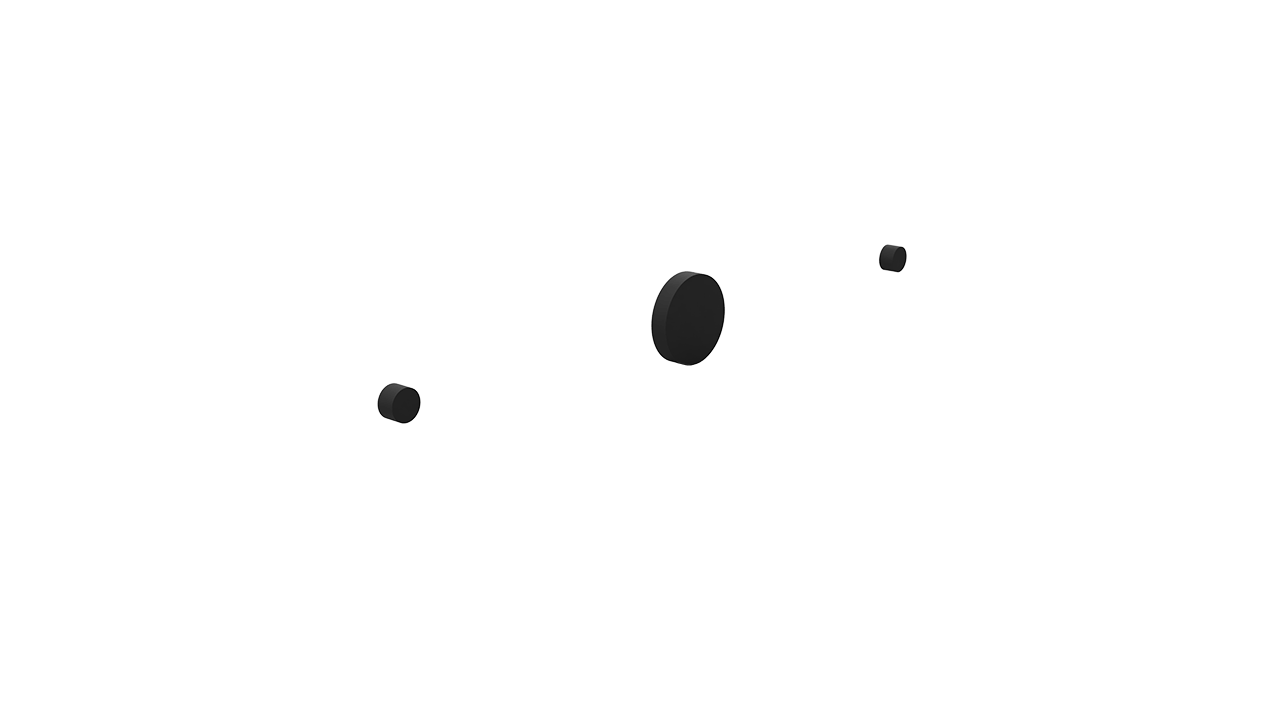 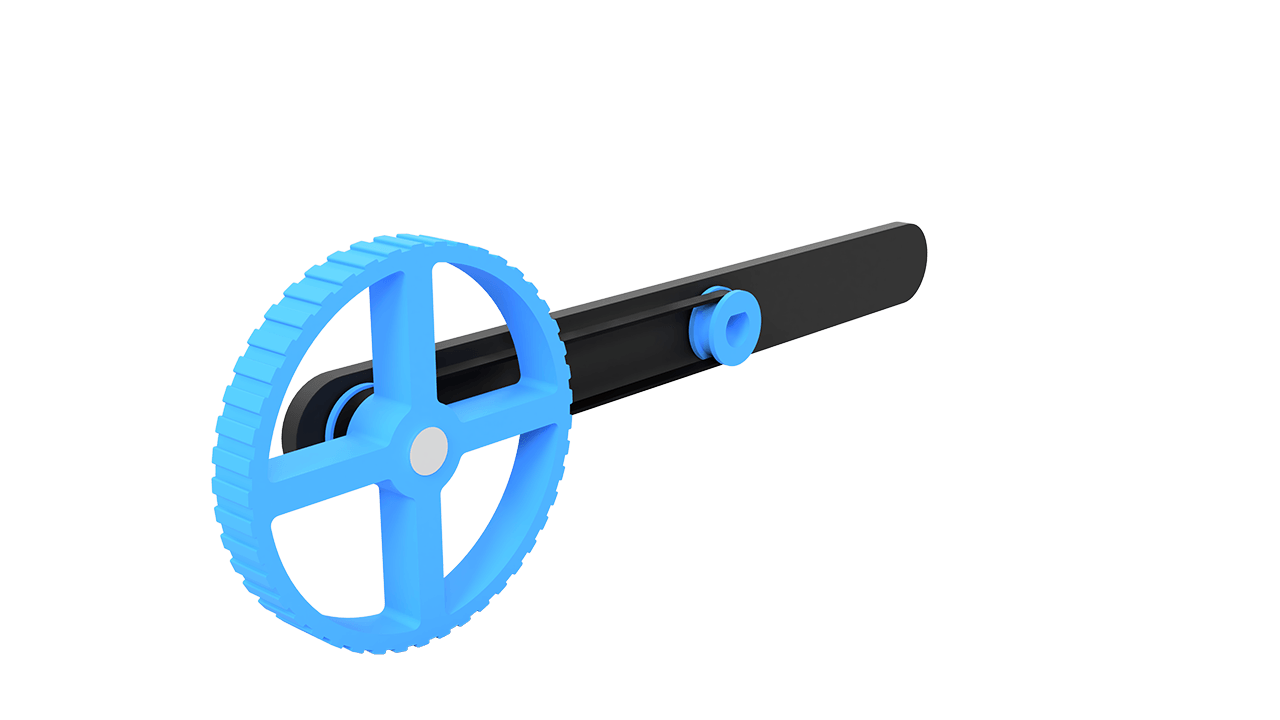 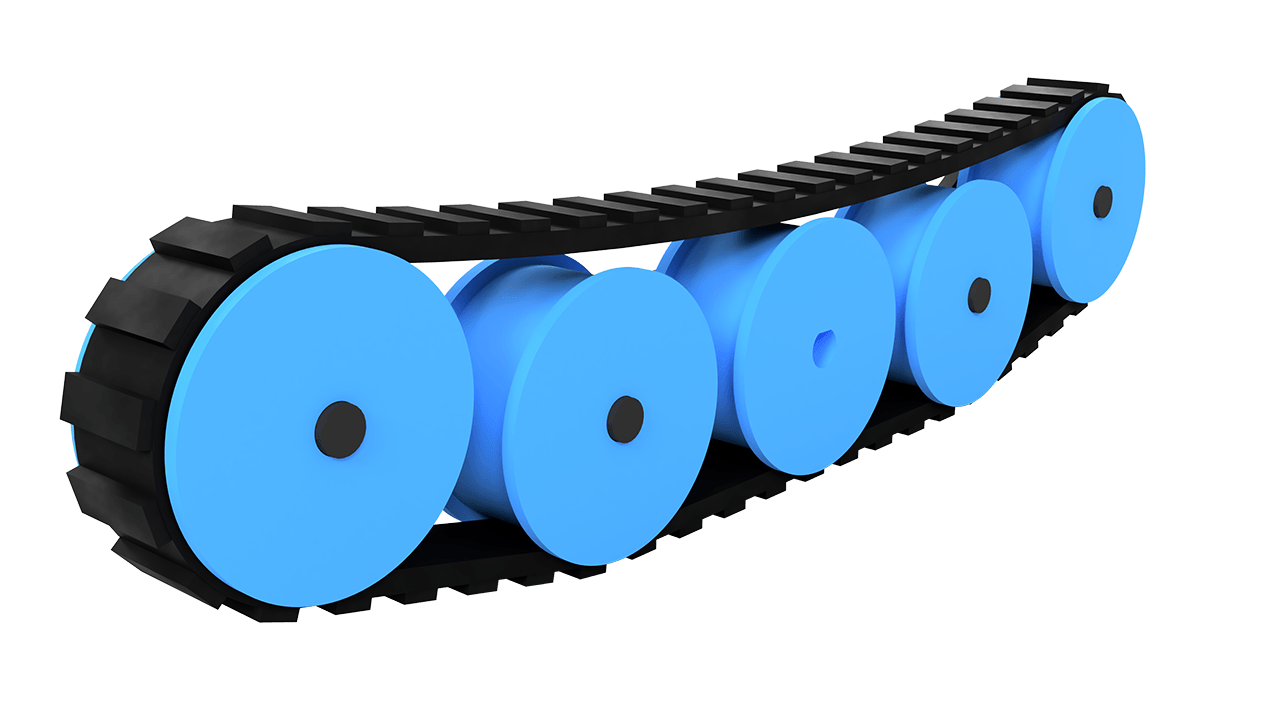 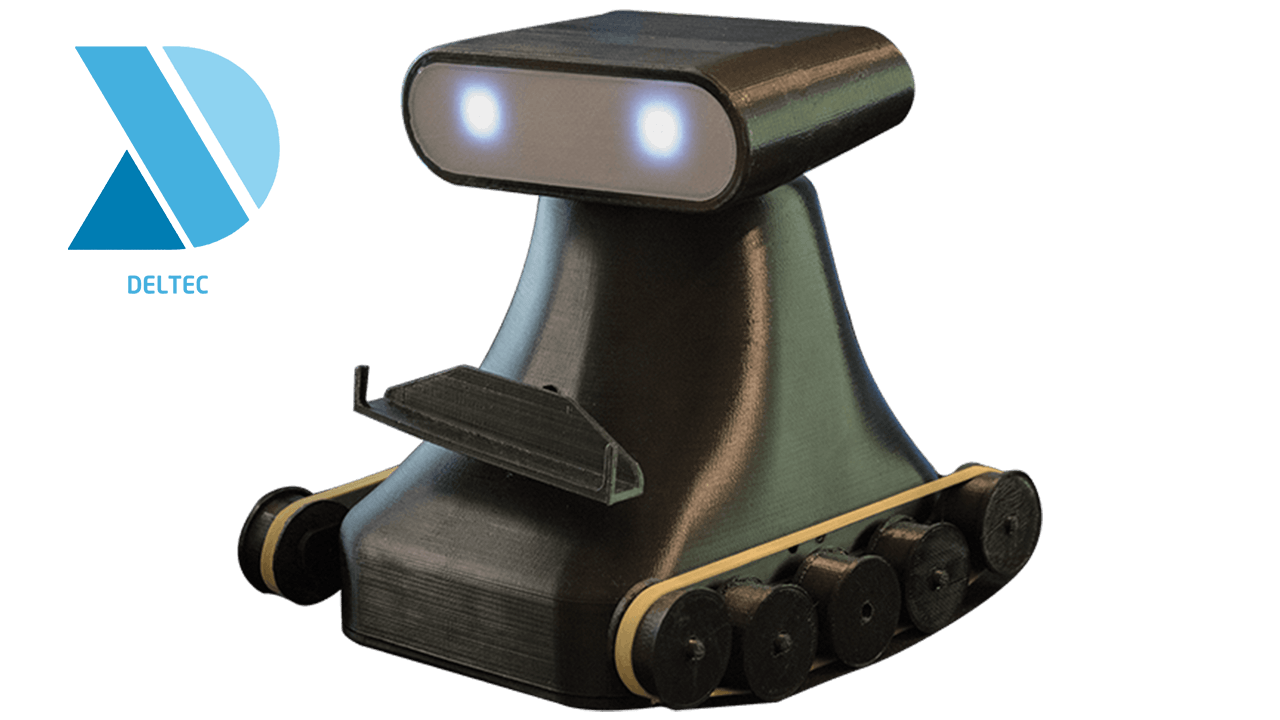 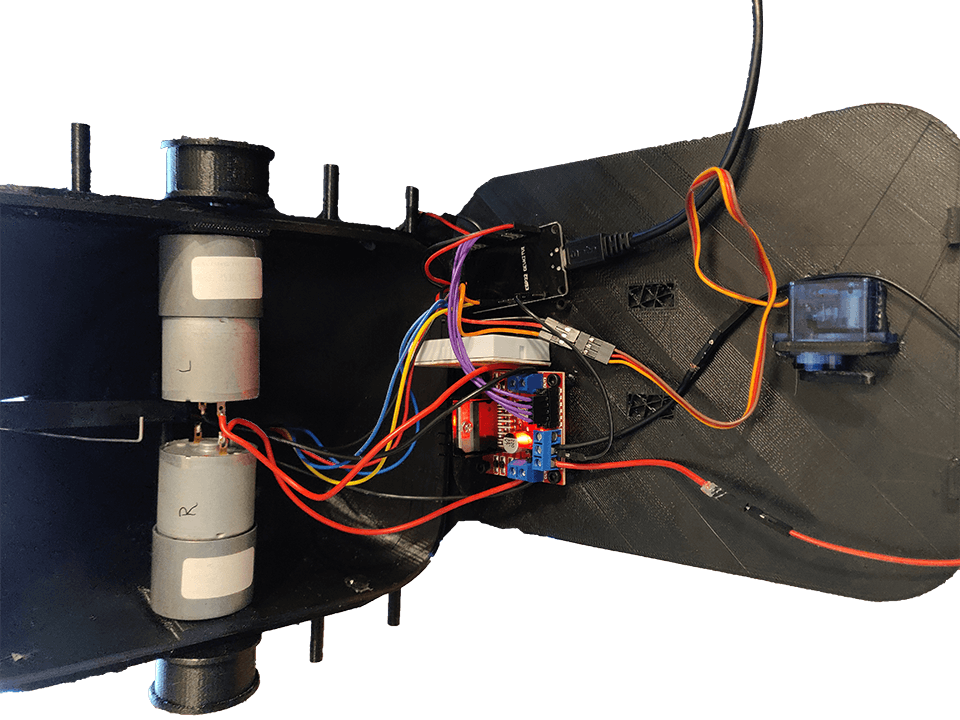 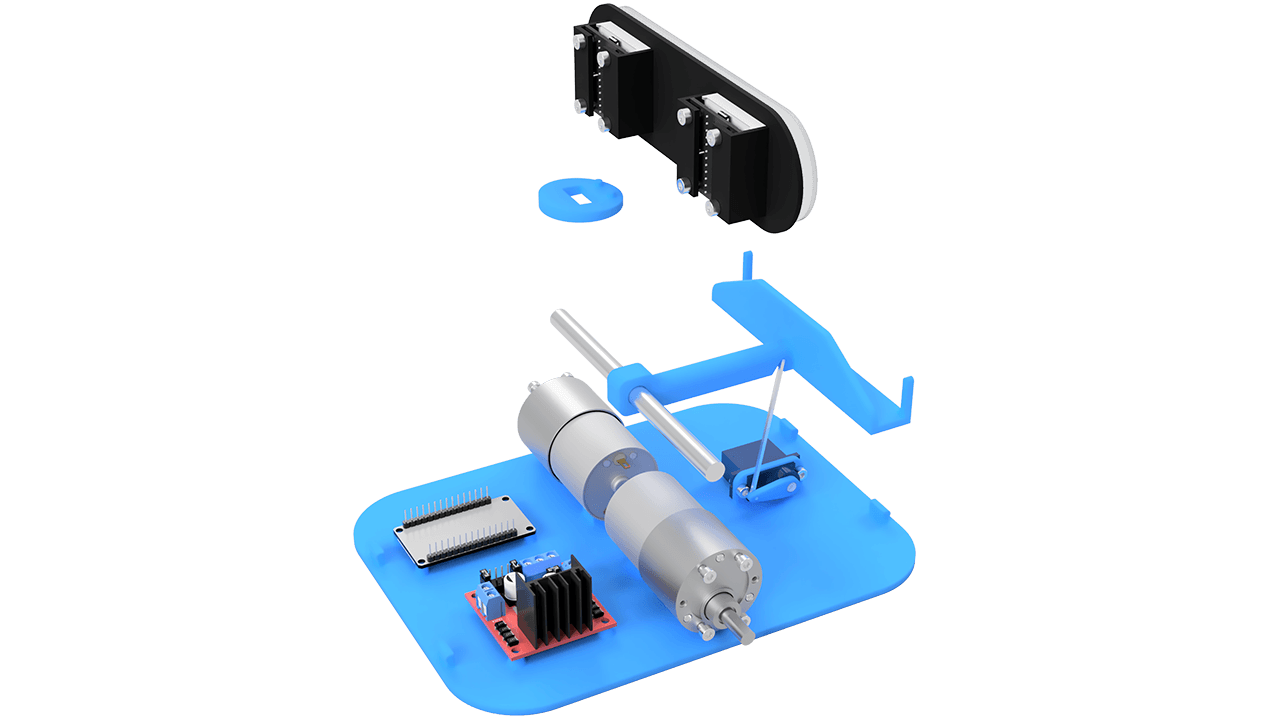